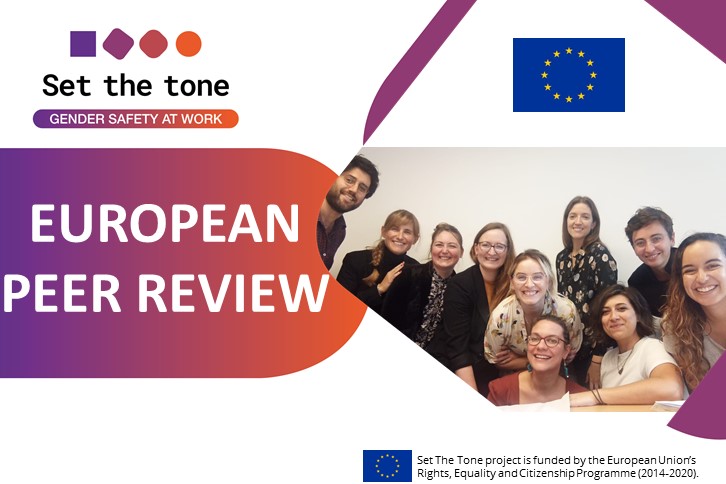 The European Peer Review of the Set The Tone project took place on 5 October 2021 in Brussels, Belgium and was organized by the project leader, Diesis Network. This report describes the entirety of the European peer review in eight pages. Feedback has been collected from relevant European actors in order to improve the project products and to ensure that they will be comprehensible enough.

The session was moderated by Diesis Network. 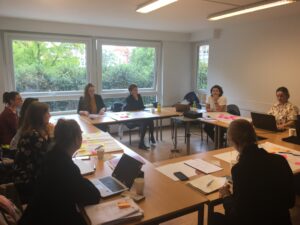 During the peer review several themes were highlighted that are key to addressing gender-based violence and sexual harassment at the workplace and for the definition of the training needs of enterprises. These themes included:

Gender-Based Violence and Workplace: What is the current situation and possible improvements?

Engagement of employers and employees in the fight: Why enterprises should improve to make the workplace a better environment for everyone?

Importance of Training and Awareness Campaign: How to increase the knowledge of workers’ rights in terms of sexual harassment.

From the European Peer Review, it was concluded that well-implemented raising awareness campaigns can show the extent to which employers and employees of all genders can become engaged in gender equality work, prevent cases of sexual harassment and violence and beat the spread of gender stereotypes and sexism in the workplace. The need to expand the equal participation and involvement of all genders was also underscored. The involvement of men in training and national campaigns in combating and preventing gender-based violence cases at the workplace was highlighted, as was the need for institutional will and commitment at the highest level to bring awareness to all employees and managers’ roles in combating GBV. Participants concluded by acknowledging the value of sharing experiences and fostering conversation on the development of training for companies, dialogue and awareness-raising and welcomed further discussions on this topic during the implementation of the Set The Tone project.

“Set The Tone project is funded by the European Union’s Rights, Equality and Citizenship Programme (2014-2020)”

We use cookies on our website to give you the most relevant experience by remembering your preferences and repeat visits. By clicking “Accept”, you consent to the use of ALL the cookies.
ACCEPT - Read More
Manage consent

This website uses cookies to improve your experience while you navigate through the website. Out of these, the cookies that are categorized as necessary are stored on your browser as they are essential for the working of basic functionalities of the website. We also use third-party cookies that help us analyze and understand how you use this website. These cookies will be stored in your browser only with your consent. You also have the option to opt-out of these cookies. But opting out of some of these cookies may affect your browsing experience.
Necessary Always Enabled

Performance cookies are used to understand and analyze the key performance indexes of the website which helps in delivering a better user experience for the visitors.

Analytical cookies are used to understand how visitors interact with the website. These cookies help provide information on metrics the number of visitors, bounce rate, traffic source, etc.

Advertisement cookies are used to provide visitors with relevant ads and marketing campaigns. These cookies track visitors across websites and collect information to provide customized ads.

Other uncategorized cookies are those that are being analyzed and have not been classified into a category as yet.